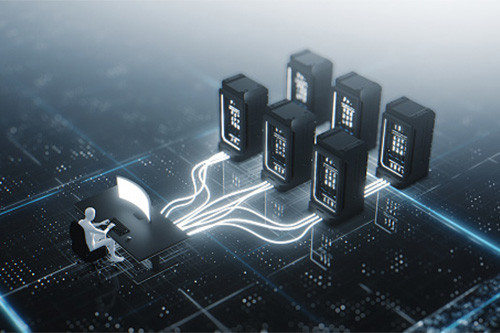 Single-root I/O virtualization (SR-IOV) is an interesting standard for performance-intensive computing because it lets a network adapter access resources across a PCIe bus, making it even higher performing. It lets data traffic be routed directly to a particular virtual machine (VM) without interrupting the flow of other traffic across the bus. It does that by bypassing the software switching layer of the virtualization stack, thereby reducing the input/output overhead and improving network performance, stability and reliability. (Get more information about SR-IOV in VMware and Microsoft contexts, for example.)

What this means, especially in GPU-based computing, is that each VM has its own dedicated share of the GPU and isn’t forced to compete with other VMs for its share of resources. The feature also helps isolate each VM and is the basic building block for modern VM hyperscale technologies.

Tests of SR-IOV have found big benefits, such as lowering processor utilization by 50% and boosting network throughput by up to 30%. This allows for more VMs per host and being able to run heavier workloads on each VM.

Not a New Idea

The technology isn’t new: Scott Lowe wrote about it back in 2009 and SR-IOV was initially supported by Microsoft Windows Server 2012 and with AMD chipsets in 2016. This support has been extended with Azure NVv4 and AWS EC2 G4ad virtual machine instances, which are based on the AMD EPYC™ 7002 CPU and Radeon Pro™ GPU processor families.

The standard is supported by both VMware and Microsoft’s Hyper-V hosts and in various AMD EPYC™ CPU chipsets with MxGPU technology that is built into the actual silicon. This enables sharing a GPU’s power across multiple users or VMs but providing a similar performance level of a discrete processor.