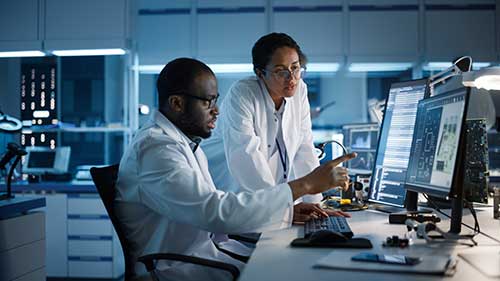 Lawrence Livermore National Laboratory is one of the centers of high-performance computing (HPC) in the world and it is constantly upgrading its equipment to meet increasing computational demands. It houses one of the world's largest computing environments. Among its more pressing research goals derives from the COVID-19 crisis.

Lawrence Livermore researches and supports proposals from the COVID-19 HPC Consortium, which is composed of more than a dozen research organizations across government, academia and private industry. It aims to accelerate disease detection and treatment efforts, as well as to screen antibody candidates virtually and run several disease-related mathematical simulations.

The lab chose to use a cluster of 120 servers running AMD EPYC™ processors with nearly 1,000 AMD Instinct™ GPU accelerators. The servers were connected by Mellanox switches. The product choices had two benefits: First, the hardware, facilitated by Supermicro, was an excellent match for the molecular dynamics simulations required for this research. The lab is performing cutting-edge research that combines machine learning with structural biology concepts. Second, the gear was tested and packaged together, so it could become operational when it was delivered to the lab.

AMD software engineers and application specialists were able to modify components to run GPU-based applications. This is top-of-the-line gear. The AMD accelerators deliver up to 13.3 teraFLOPS of single-precision peak floating-point performance combined with 32GB of high-bandwidth memory. The scientists were able to reduce their simulation run-times from seven hours to just 40 minutes, allowing  them to test multiple modeling iterations efficiently.