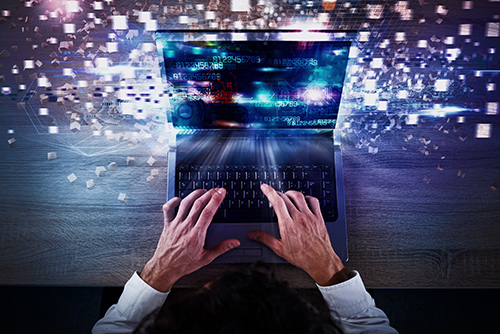 Solving some of business’ bigger computing challenges requires a solid partnership between CPU vendor, system builders and channel partners. That is what AMD and Supermicro have brought to the market with the third generation of AMD's EPYC™ processors with AMD 3D V-Cache™ and AMD Instinct™ MI200 series GPU accelerators wrapped up in SuperBlade servers built by Supermicro.

“This has immediate benefits for particular fields such as crash and digital circuit simulations and electronic design automation,” said David Weber, Senior Manager for AMD. “It means we can create virtual chips and track workflows and performance before we design and build the silicon." The same situation holds for computational fluid dynamics, he added, "in which we can determine the virtual air and water flows across wings and through water pumps and save a lot of time and money, and the AMD 3D V-Cache™ makes this process a lot faster.” Without any software coding changes, these applications are seeing 50% to 80% performance improvement, Weber said.

The chips are not just fast, they come with several built-in security features, including support for Zen 3 and Shadow Stack. Zen 3 is the overall name for a series of improvements to the AMD higher-end CPU line that have shown a 19% improvement in instructions per clock, lower latency for doubled cache delivery when compared to the earlier Zen 2 architecture chips.

These processors also support Microsoft’s Hardware-enforced Stack Protection to help detect and thwart control-flow attacks by checking the normal program stack against a secured hardware-stored copy. This helps to boot securely, protect the computer from firmware vulnerabilities, shield the operating system from attacks, and prevent unauthorized access to devices and data with advanced access controls and authentication systems.

Supermicro offers its SuperBlade servers that take advantage of all these performance and security improvements. For more information, see this webcast.